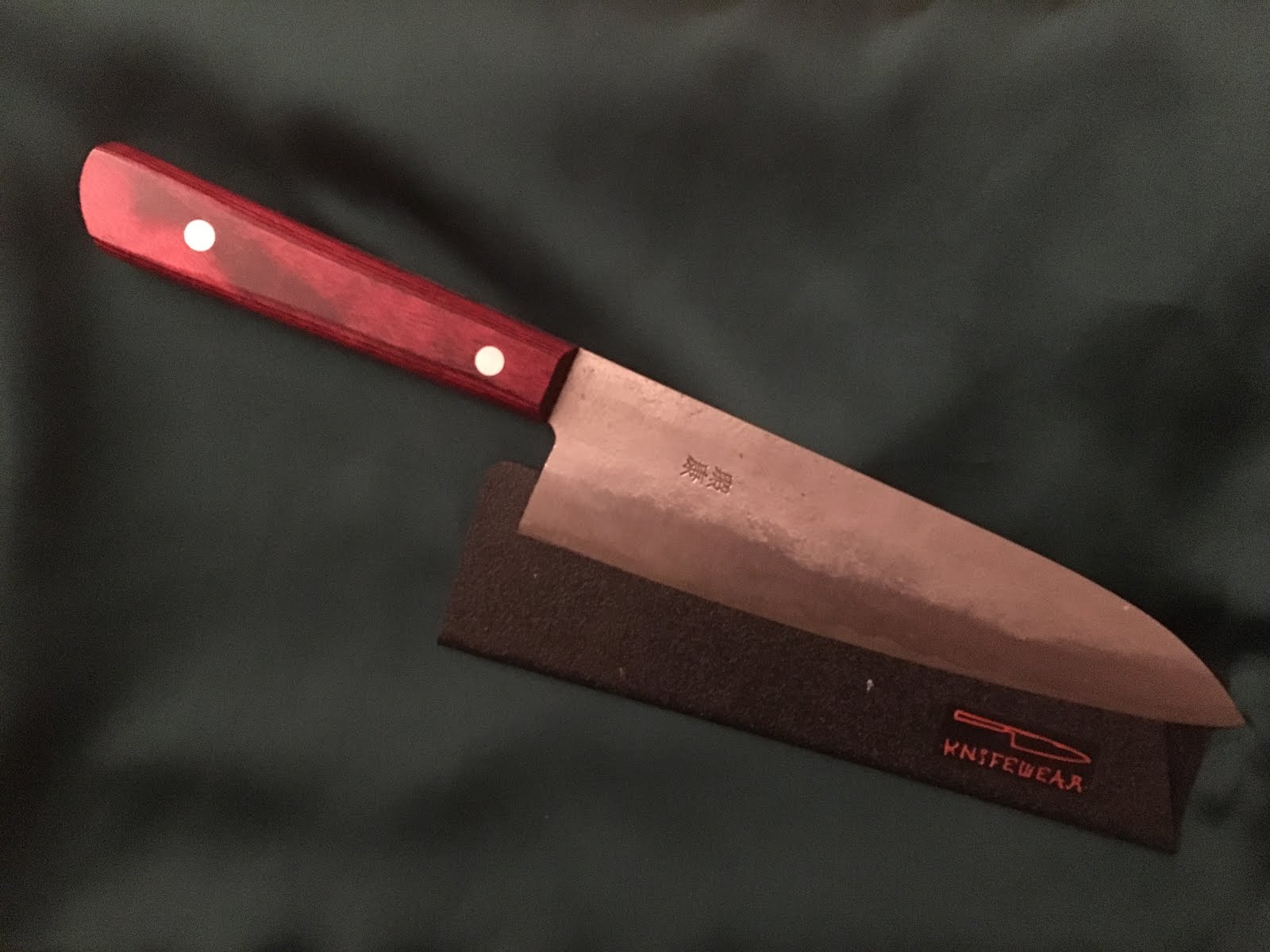 Recently, I decided to buy a new chef’s knife, and it has been quite a journey. Before I get into what I bought and why, let me preface it by saying: knives’ quality are determined by feel, not back story. If you’re a cook who can do 100% of your work with a sharpened spoon, do it. Don’t let your tools define how you’re going to work or what kind of worker you’re going to be. I want to share the information I learned, because I feel it offers a bigger picture of the knife industry right now. I also want to share some mis-information people believe, that may bias your next knife purchase.

With that, I’m a big fan of Alton Brown, and Chef Ramsey. So the first two knives I looked into were Shun and Wüsthof, because they are endorsed respectibly by the two. I generally don’t put too much weight into celebrity endorsements, but Alton Brown often unofficially endorses restaurants, equipment, books and more… simply because he likes them. As far as I know, the only paid endorsement he does is from Shun because he is such a big fan of the brand. Contrary to that, Gordon Ramsey puts his name on a lot of brands, when I looked into what he had to say about Wüsthof, I felt his claims sounded pretty accurate.

So basically, after I looked up reviews, watched some YouTube videos of the two endorsements, read third party reviews, and asked sales clerks about them… it became pretty apparent that I had stepped into a war zone.

By trying to compare those two brands, I was essentially asking the difference between Western and Asian knives. A topic people are extremely passionate about.

Here are the Coles Notes of the supposed benefits I was told:

Use harder layered steel, which can have a sharper edge, but need a lot more maintenance to prevent dulling and rusting.
Tend to have wooden handles that will crack with too much moisture exposure.
They use different shapes than western knives. A Santoku and a Nakiri replace the standard Chef’s knife, the petty knife replaces a paring knife, and there are about 5-6 specialty knives that don’t have a western equivalent, usually for very specific jobs. (E.g. a Deba knife is for filleting fish).
Their hard steel makes the blades much thinner, which means your food is going to cut smoother, and give you less resistance. It also makes the blade more brittle, so they are more likely to chip or break if they are dropped.
There is also a sense of superiority when it comes to these Asian knives. A lot of people like Asian knives because they feel they are manufactured with higher standards than any Western knife, and their variety of shapes let you have a better tool for each job
Western (usually german) made knives:

Use a softer stainless steel, that doesn’t need to be sharpened as often.
These knives can only hold a more shallow angle.
Usually have a plastic composite handle that is more resistant to moisture.
You need less knives to do the same jobs. Generally, an 8″ Chef’s knife and paring knife will get you through the day, which means less running to your knife bag to switch knives between jobs.
Their soft metal means the knives are a little thicker, which makes them good for dense food like squash. They can take more abuse, and any damage they do take, can more likely be fixed, and is less extreme.
The feeling around Western knives is a sense of tradition, and pride in doing things the way they have been done for a long time.

And all of the above can be completely true… except for when it’s utterly wrong!

Here is my opinion on the matter. We live in a world where it’s easy for a company to affordably make a very diverse array of products. I did a lot of research and found the following:

So here is the point I want to make: you can get a great knife of any shape made by Eastern or Western companies. That’s because companies are going to make what they feel there is a demand for. They are also going to try and overcome any short coming of their products.

The Wüsthof and the Shun both have amazing products, with benefits you wouldn’t normally associate with knives from their respective country.

So which one did I get? Neither! In the end, once I had both in my hand, neither excited me. The Wüsthof had an amazing feeling handle, where as the Shun had hammer marks in the blade, which is great for stopping food from sticking to your knife. But no store I went to actually let me try the those knives. Since this is something I’d use daily and can’t return, I’m not buying without trying. So I went to Knifewear. It’s a small Canadian owned shop. They actually let me try out some knives, and they keep vegetables on hand for people to do so. For the most part, they carry handmade knives from Japanese knife makers. So the two I went in looking for (the Wüsthof and the Shun) weren’t available to try.

I found a knife that I fell in love with.  I have used Santokus and Nakiris before, and have definitely used a French style Chef’s knife before. For me, the shape of the latter is better suited. Which is why I went with a Gyutou made by Fujiwara Nashiji. It had a wooden handle, and the cutting edge is carbon Steel, which both require a little more TLC. However, it cuts beautifully! I didn’t have to learn a new cutting technique to compensate for a blade shape not suited for professional use, and the results are beautiful.

So, what did I learn from my journey,

When it comes to buying a knife, use the product that makes you happy. The rest is just fluff.