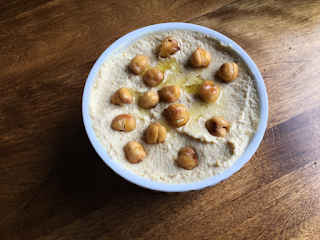 Sometimes, the difference between good and great is 2%. At least that’s what I told John, a class mate of mine; because my class average was 2% higher than his. At the time I meant it as a joke, but I think I might have been on to something. A better way to say it, might be ‘Sometimes, the different between good and great are the fine details.’ I bring this up because I was in the mood to make Hummus, and this is a perfect example of something that can be great, if you look after all the small details. The recipe I give down below is not based on the recipe we use at my place of employment, but I do make hummus at work at least twice a week. Here are some tips that I’ve learned:

Try and use a very good food processor. A cheap or low quality one will make the job longer. Personally, I find it takes a good 7-10 minutes of processing before the hummus is soft and creamy, longer with a cheap processor. If you’re in a situation where your processor isn’t up to the task, run it as long as you can, and when you feel it get hot, let the processor rest for ten or fifteen minutes, then continue. Keep doing this until your hummus is ready. Tahini on the other hand, you definitely can’t fake. If you’re like me, you may have to buy Tahini if you don’t and have a top notch food processor.

Finally, there are only a few ingredients in hummus, and as I mentioned in past posts, the fewer the number ingredients you have in a recipe, the more important the quality of each one is. So make sure to use the best ingredients you can get your hands on.

All that being said, there was one fine detail that I felt could elevate my hummus game, and that was roasting the chickpeas. Chickpeas are perfect candidates for roasting! That’s because they are high in proteins and starches, which cause them to undergo the Maillard Reaction. Which is chemists speak for, heat makes them golden brown and delicious. 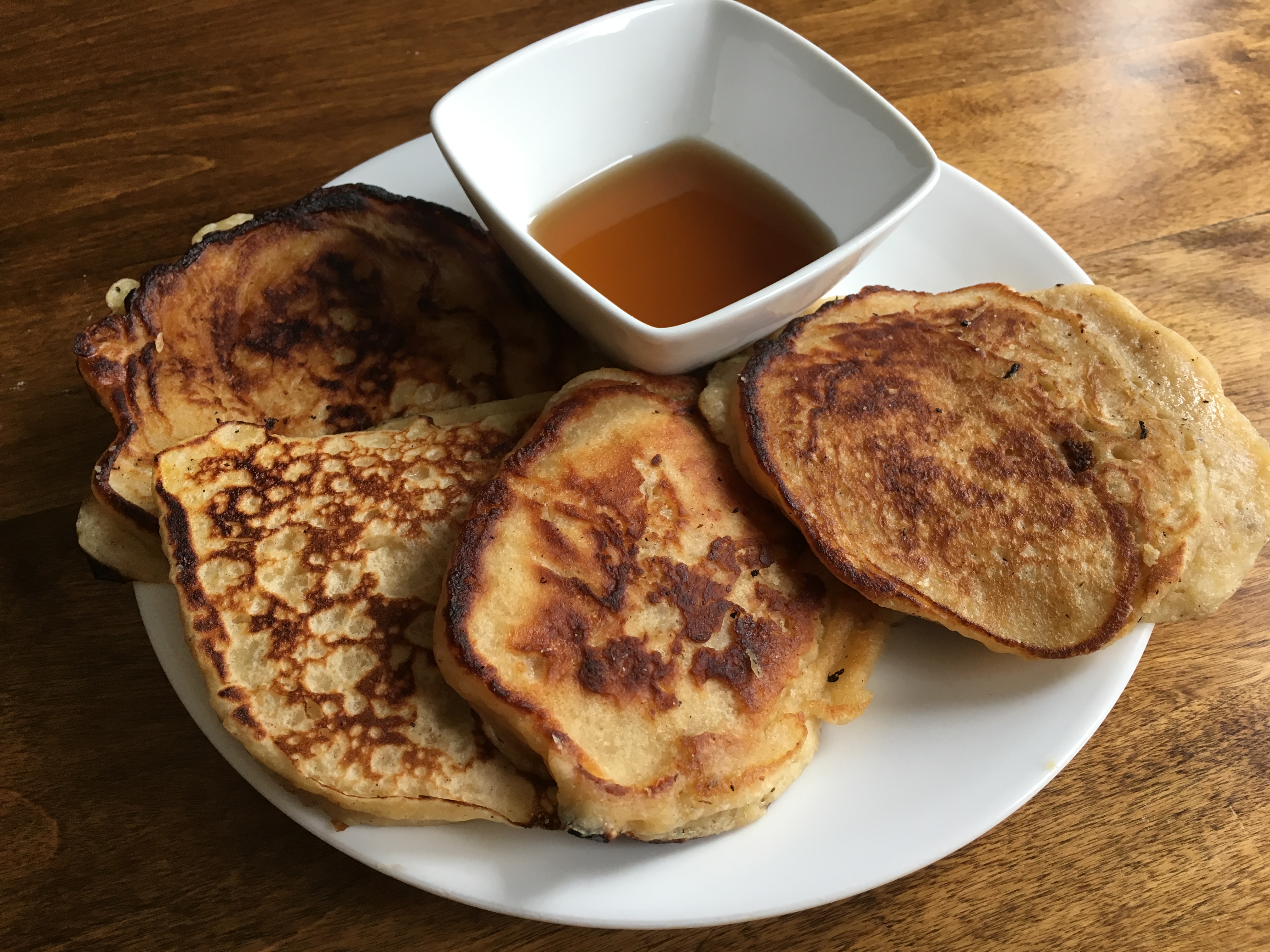 Imagine this: you open your eyes after a good nights sleep, and that’s when the nutty smell of melting butter, and the sweet aroma of vanilla and maple syrup fill the air. The sizzle of batter being cooked, so you run to the kitchen  and see a high stack of soft fluffy pancakes on a plate!

What is it about these pan fried pastries that makes us so happy? I’m sure science and psychology have a lot to do with it, after all most of us out there associate pancakes with happy memories, and if the story of Pavlov’s dog had taught us anything, it’s that even the foreshadowing of a good meal is enough to get any living creature excited.

If we go a bit further down that road, we could explore the idea that it’s nostalgia. I mean, pancakes are the breakfast equivalent of a surprise bouquet of flowers. In the way that it’s always from someone important to you.

However, I’m going to go with a more spiritual theory. I believe pancakes are a gift from the culinary GODS! A reward for those of who choose to wake up early and sacrifice themselves to such a messy time consuming ordeal. In those moments of early morning cooking, you are turning your cooking space into a church! I would even go as far to say, that making pancakes for someone is practically a religious right of passage in any parental, platonic or romantic relationship, no different than a wedding or a baptism.

That would explain why making pancakes predates and is more wide spread than all current major religion! That’s right! Some scratch marks on a 30,000 year old grinding tool suggest that people back then where making flour out of fern and cattails, mixing it with water and cooking it on a greased rock…. so basically pancakes! Not to mention Otzi, the 5,300 year old caveman found in the ice of the Italian alps. His stomach contained… that’s right PANCAKES. They are also literally made everywhere. Each continent has a variation; some even differing vastly from country to country. At one time, pancakes where common place for Strove Tuesday. This was in anticipation for lent. People would want to use up their perishable eggs and milk, and what a better way to celebrate a 6 week long commitment to the divine then to make pancakes, the FOOD OF THE CULINARY GODS!!!… even if it’s really THE Christian god.

So while I can’t say for sure whether it’s nostalgia, science or the divinity of the pancake that has contributed to its longevity, and cultural significance, I will say it’s definitely worth making.

I decided I wanted yeasted pancakes. Yeast isn’t as fast or convenient as Baking Powder or Soda, but it does bring complex and wonderful flavours that they can’t.  It also has the added benefit of being done the night before, so you don’t have to wake up early to make them.

Ingredients:
Sources:
http://theplate.nationalgeographic.com/2014/05/21/hot-off-the-griddle-heres-the-history-of-pancakes/
https://en.m.wikipedia.org/wiki/Pancake
My recipe is a heavily altered version of this recipe quite a bit, however if you’re looking for the orginal here it is: http://www.cookingbythebook.com/recipes/yeasted-overnight-pancakes-from-homemade-decadence-by-joy-wilson