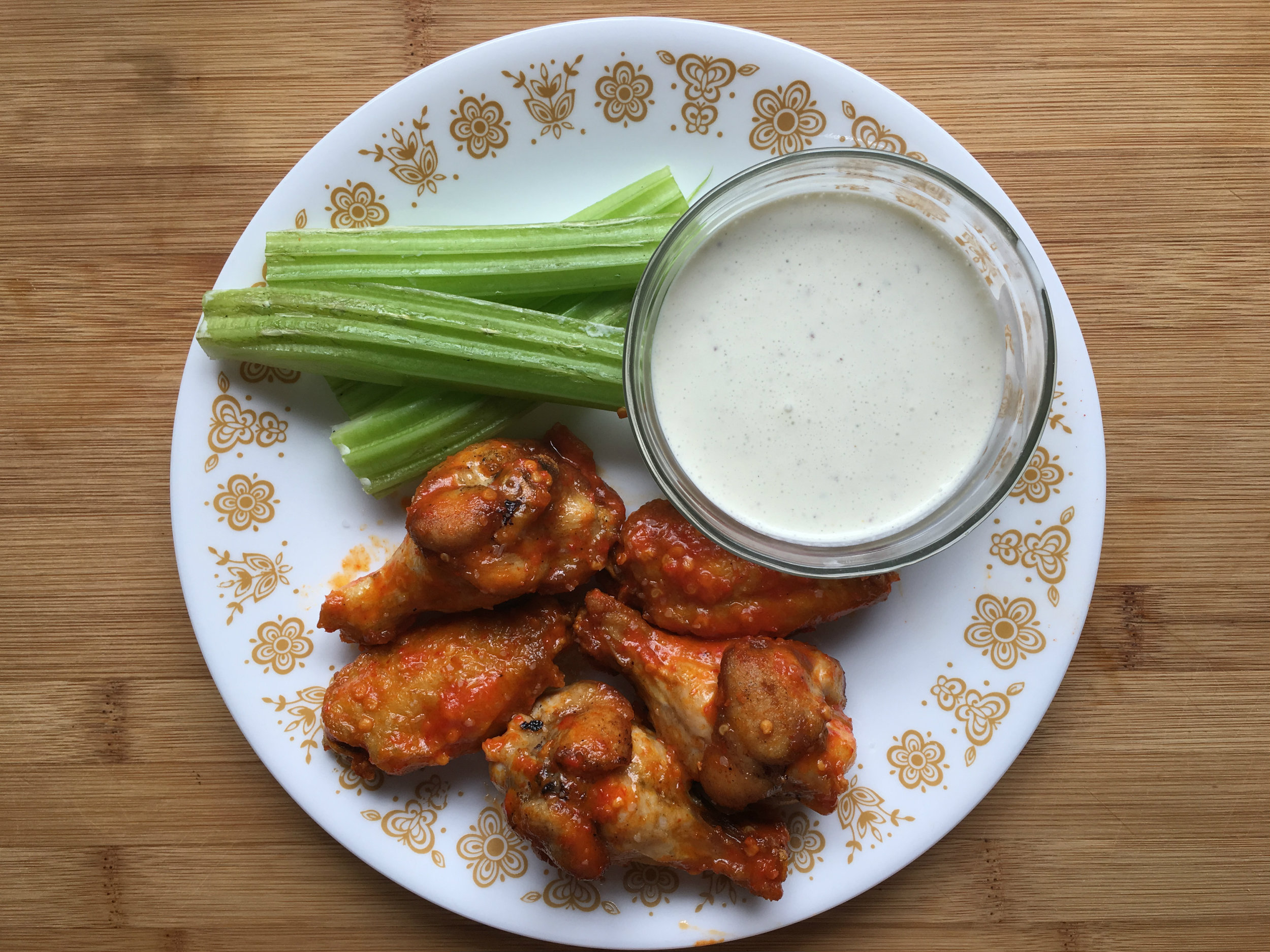 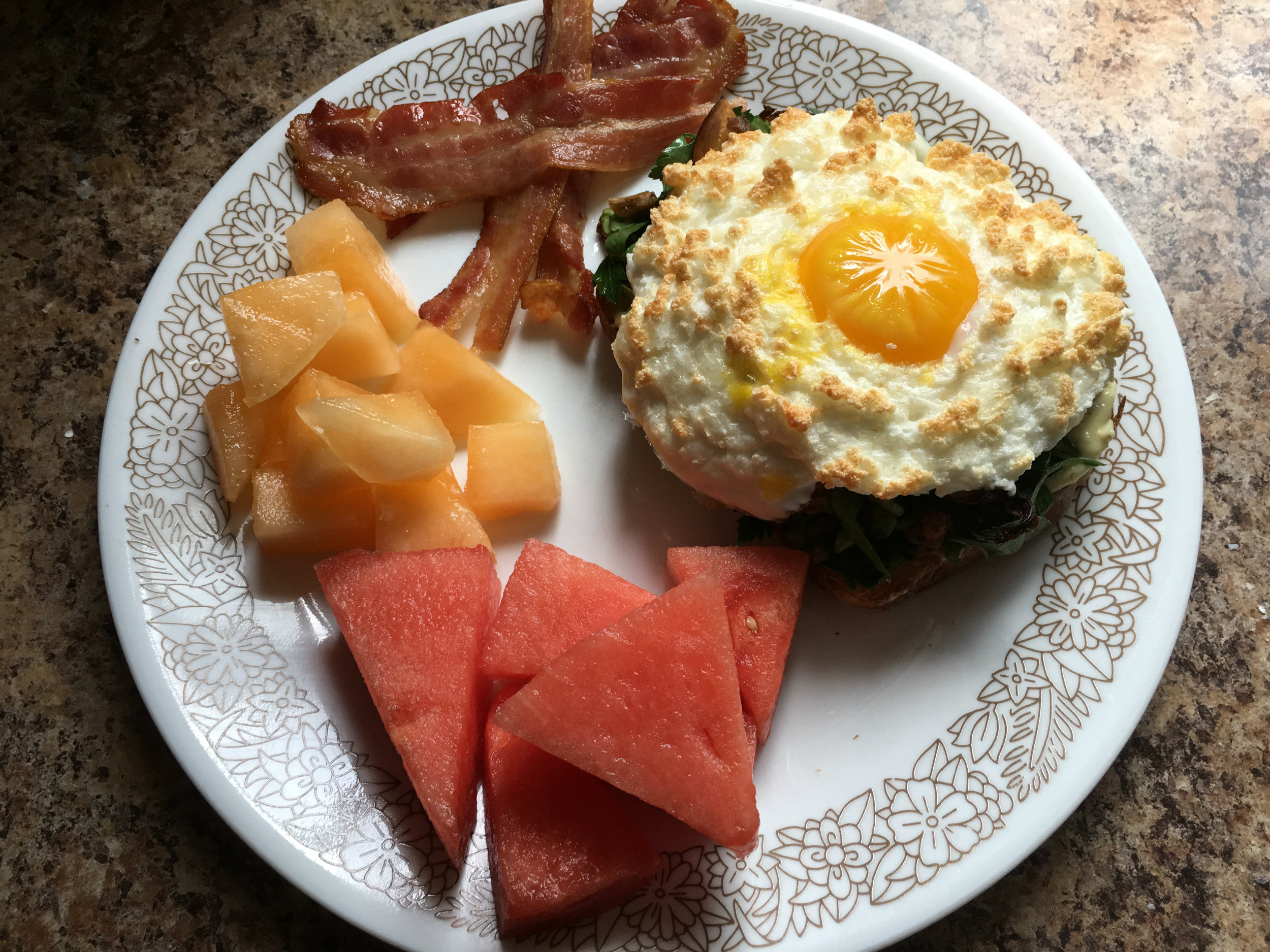 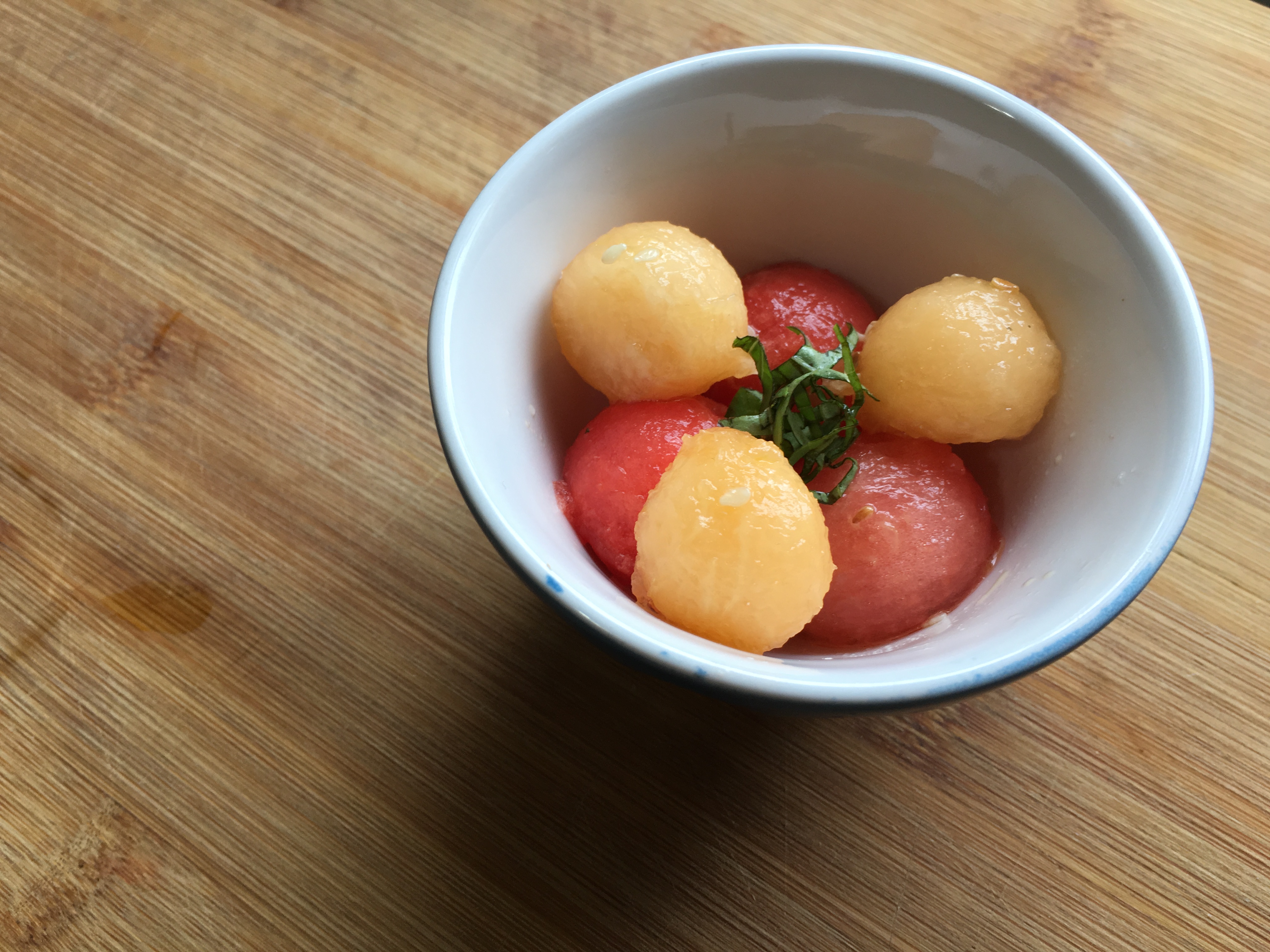 There was a time when I worked for a company that ran the cafeteria for the residents students at local university. Amongst poor hygiene, subpar food, and dangerously apathetic management; follow through was a big problem. I don’t want to get sued, so I won’t say anything specific, but if you take a look down at the sources in footer, I linked to reviews, and a news report about the company. It speaks for itself.

Anyway, I bring this up for a specific reason. One day our nutritionist came up to me, put her hands out and asked me to smell. Me being up for an adventure, complied. They smelled sweet, complex, and wonderful. ‘Basil’ she said. ‘I just pruned some Basil from our herb garden, so now we have a lot of it, and we need to find a recipe, do you have any ideas?’

I remember that being the first time I had been asked for my advice for something to put on the menu. I was so excited! I said the first thing that came to my head ‘fruit salad, with melons.’ She thought about it, and said ‘yes!’ she then continued to pull all the management and chefs aside to let them know about my idea, and how it had to get made, and to make sure I got to do it. It felt really awesome, but it never happened.

I have wondered about how I would have made that fruit salad a few times since then, so I figured instead of just thinking about it, I’d actually do it!

We are approaching July, and with BBQ season roaring, I figured this might the perfect side dish. The kind people don’t see often, but instantly love.

So here is what we are going to need:

For this recipe we are making an infused vinegar. You can use this recipe with any dried or fresh herb mixture. The recipe shows you how to make two cups, though you won’t need that much. This vinegar will keep indefinitely, and has a lot of great future applications. The other great think about this, is it’s a great way to use up herbs that are starting to wilt. You will need more of the wilted herbs to get the same effect, but at least you’re not throwing them away. The final product was a little too strong for me, so next time make this, I will cut the quantity of dried basil in half.

Next we have to make the dressing. The final product is a bit tart, which is perfect because its going on top of very sweet melons, so it balances out nicely.

We’ve all been there; we get the bill for our groceries and ask ourselves, where does it all go? The food looks so good and bountiful when we put it in the cart, but somehow it never seems like enough.

The fact is, we don’t use as much of it as we could.

Here are some stats that may baffle you

And this isn’t just a problem in the U.S., in my home country of Canada:

So, while I’m hardly ready to pull out my guitar and starting singing kumbaya, preach extremes like backyard composting, or the 100 mile diet. I am going to start posting more recipes made from parts of the food you wouldn’t think to keep. Also, I’m going to start indicating ‘scraps’ that should be kept for future recipes.

The first of these recipes is an important one, vegetable stock. There have been a few recipes that called for it that I wanted to post, but decided not to. The reason for this is I knew I was going to write this post eventually, and it would be redundant if I already had another recipe up with the steps for veg stock in it.

So the way I make my veg stock, it cost me next to nothing. The reason for this is whenever I cut green onions, onions, celery, carrots, garlic, or chives, I always put the cut away into a plastic bag in my freezer. Likewise, when the stock is done, I pour it into ice cube  trays, freeze it, then store the cubes in zip lock bags.

That being said, I use these cubes all the time. Just about any savoury recipe that calls for water, can often be replaced with stock for a much better result. 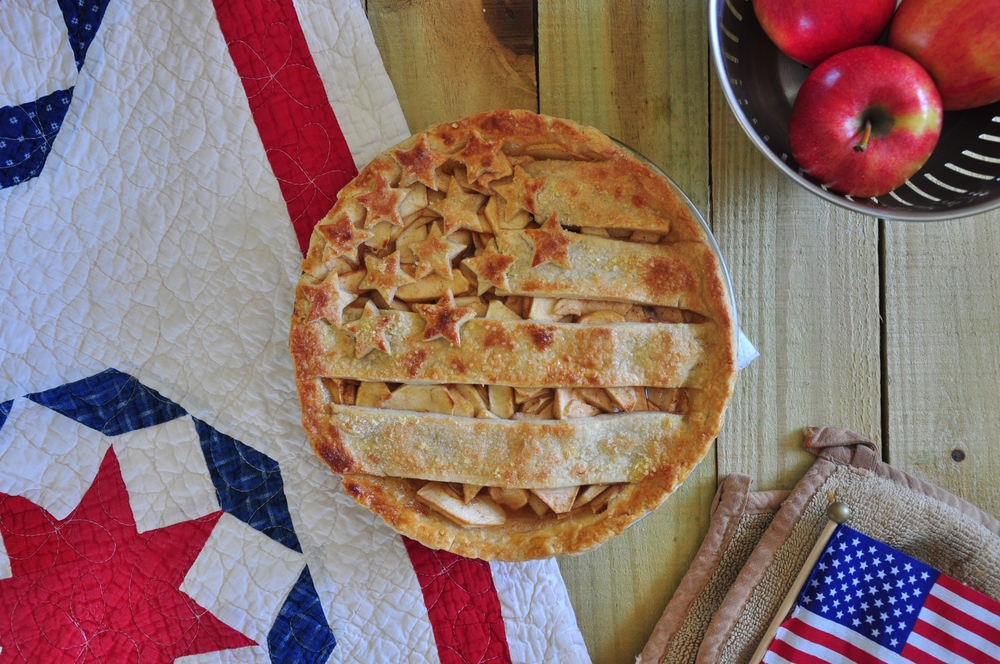